Stella was just a young calf when she wandered onto our friend Michelle’s farm at Houw Hoek in 2015.  Around her neck was a wire noose, put there when she was smaller so, as her neck had grown bigger, the wire had become embedded into the skin.  Michelle successfully negotiated with the farmer to release her into our care and as soon as we could we borrowed a horse box, brought her to the farm and called the vet to remove the wire including a large knob of bony scar tissue the size of a fist which had accumulated under her neck. 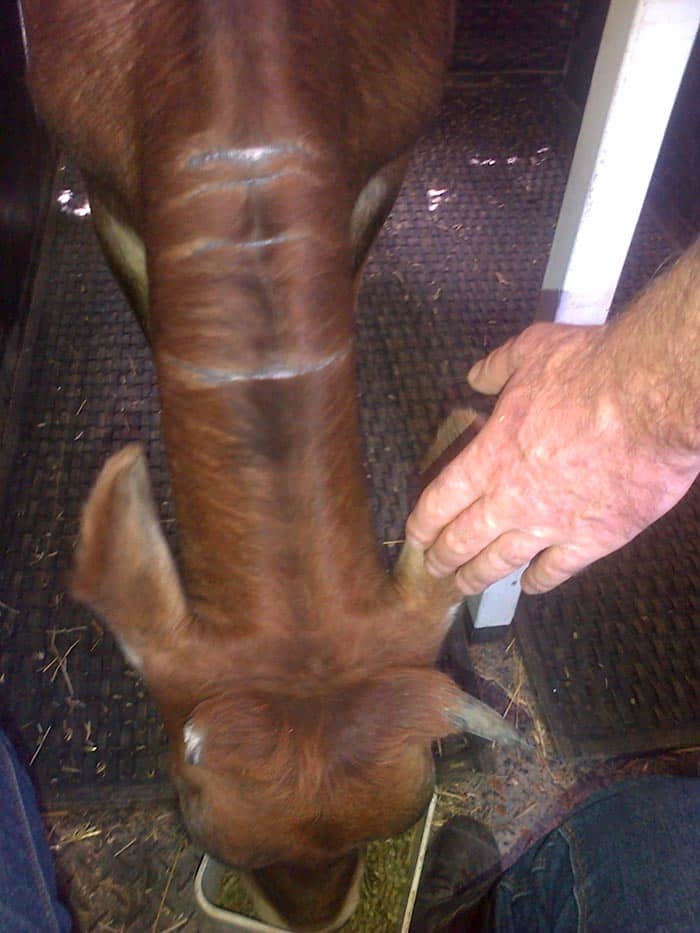 We were a bit worried that she might be lonely, being the only cow on the farm so we were delighted when, only a few weeks later, our neighbour asked if we had a cow because his cow, used for milk for his Zimbabwean workers, was also lonely.  He promised not to use Stella in any way and we agreed to take her to the next door field to meet his cow.  Stella was dwarfed by the huge Nguni girl but they quickly became best friends.  All was fine until last year when she came into a season and a bull from another farm flattened three fences to get to her.  In January 2018 she delivered a beautiful black calf.  As our neighbour’s cow now had her own calf to keep her company we asked for Stella and her calf, named Moon, to come back to us.  Now they are going to live out their lives on the sanctuary, mother and son together.  Moon has, of course, been castrated so we can have no more accidents. 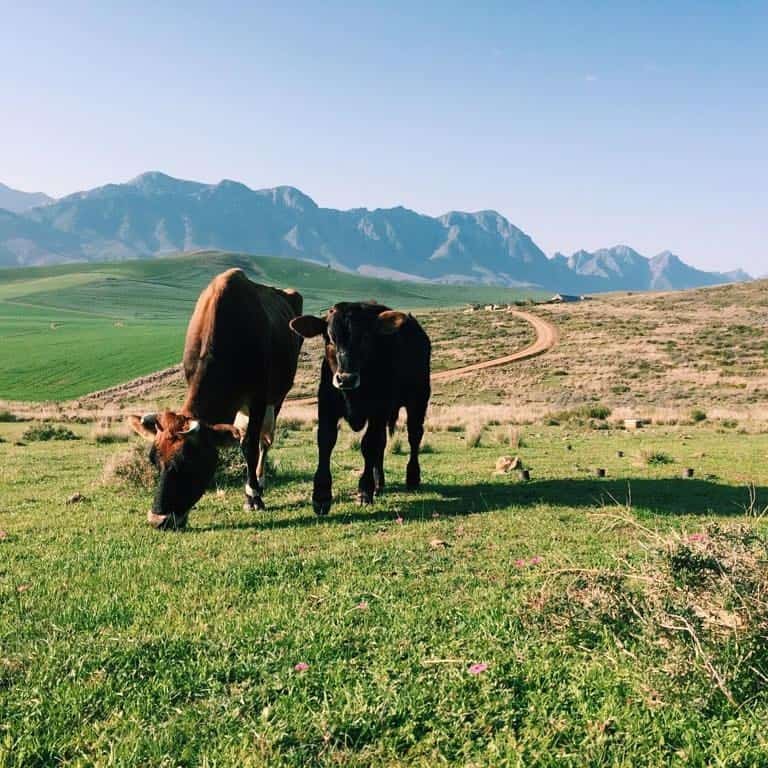 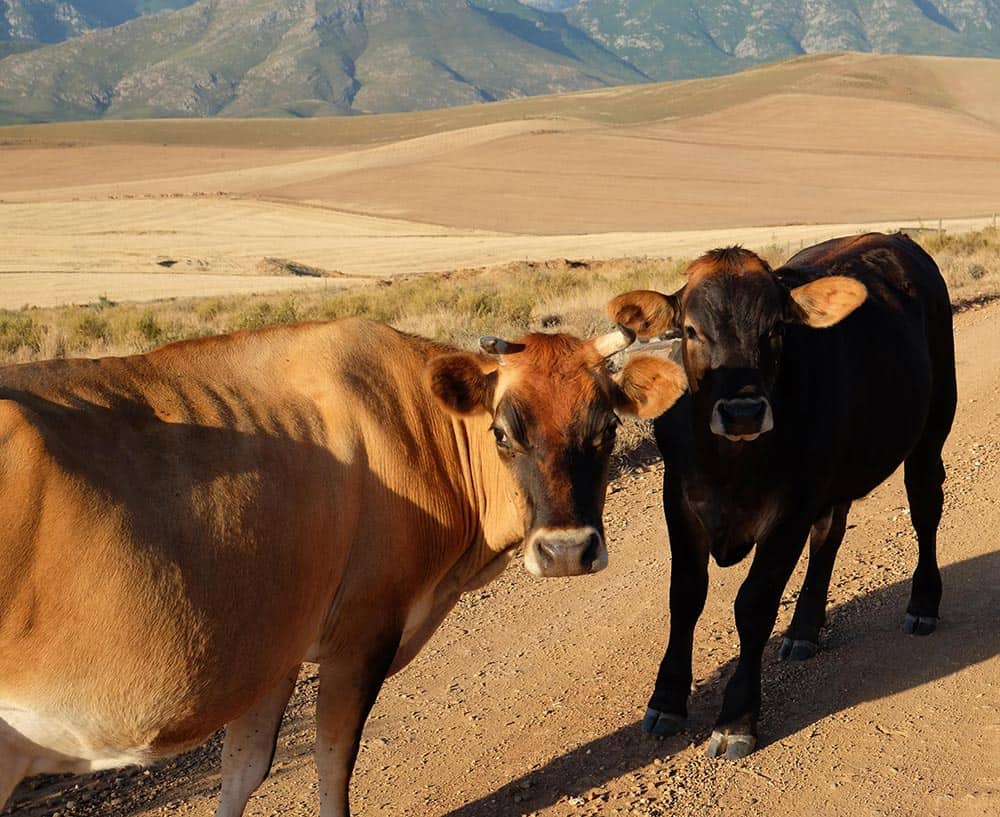 If you’d like to sponsor Stella’s care or other animals in need please visit our Sponsor-a-farm-friend Programme or if you’d like to make a contribution to the sanctuary please head over to our Donate page.