This (above) is Wilbur (left) and Chaz (right). I’m currently their primary caregiver. They both have ataxia and have trouble moving normally.

Wilbur, or as I nicknamed him, Willy Wonka, is the sweetest thing ever. He can’t walk, but he can crawl. The severity of his ataxia varies from day to day – some days he can barely move, and other days he can easily get into his bed without help. I do always have to hold his food and water bowls for him and wait for him to finish eating or drinking, since he can’t prop up his upper body sufficiently. While it might seem that he has a low quality of life, he is, for the most part, very happy. His disability frustrates him sometimes, but he doesn’t let it ruin his life. He always greets me with a smile and a few oinks. Wilbur and I have learned to communicate very well with each other – I know exactly when he wants love and attention, and when he rather wants to be left alone. 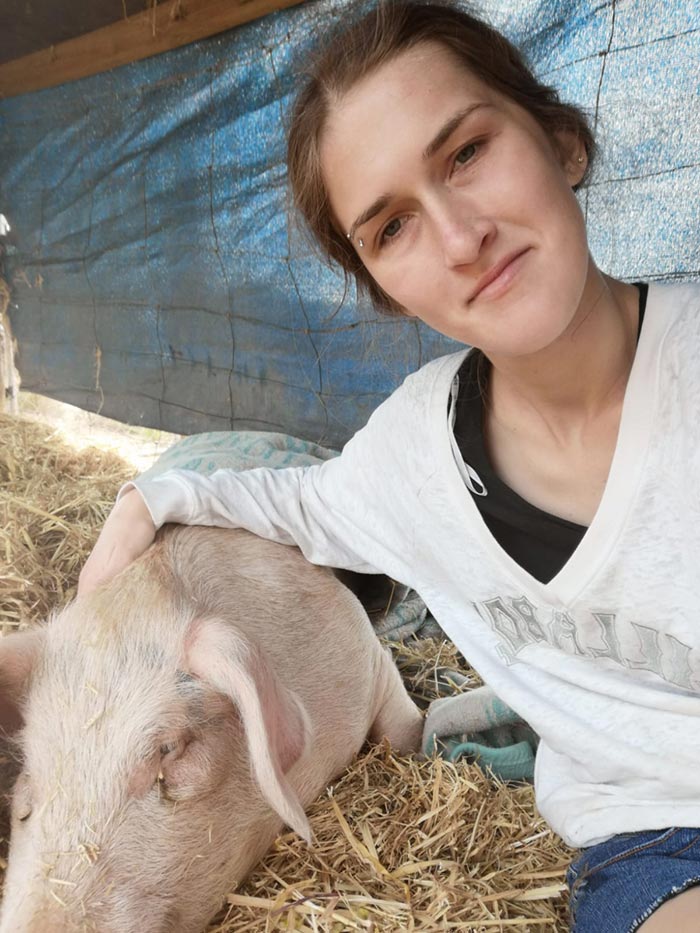 Chaz is also very sweet. While he does like snuggling with Wilbur and his human counterparts, Chaz is, for the most part, a bit of an introvert. Chaz is not even a year old yet, and his ataxia is still in the beginning stages. Unlike Wilbur, who is used to his condition, this is completely new territory for Chaz, and he gets really scared and frustrated at times. He can walk and eat and drink without my help, but he sometimes loses control of his movements, and will start staggering or moving backwards without having any control of it. It’s heartbreaking, because I can tell how scary it is for him. However, I have learned how to calm him down when he gets upset, and at this stage this only happens a few times a day – the rest of the time Chaz can usually be found rooting, playing by himself, or snuggling with Wilbur. He has never snapped at me like some of the animals at the sanctuary do, no matter how bad his day was. Chaz recently had surgery to remove a blockage in his stomach that was preventing him from keeping food down. 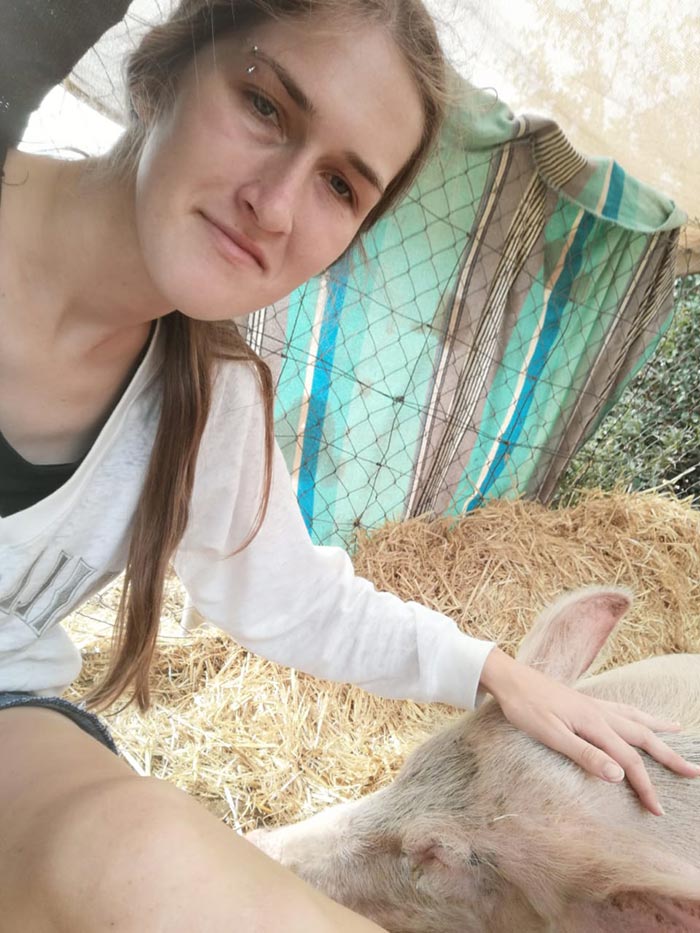 I was so worried about him, since he was quite sick, and because he was terrified when they loaded him in the car to take him to the vet – he screamed bloody murder. After the operation, he was eating very little and struggled to walk. He was also very attached to me, while he’s, like said before, usually very independent, and he was very anxious. But now, he’s eating, walking around and rooting as if nothing ever happened! He still has problems with balance and anxiety because of his ataxia, and it will be a while before he can play in mud and water like he used to, because of the stitches on his belly. But, in all other aspects, he’s back to his old self, and I couldn’t be more relieved and proud of my precious baby. He went through a massive trauma (remember, unlike humans, when animals get surgery or other invasive medical procedures, they don’t know what’s happening and why, or that this scary stuff is happening to help them get healthy), and he handled it like the brave boy he is!

I love these two so much. They perfectly show how diverse animals’ personalities are, much like humans, and their positive energy is an inspiration to me. 🐖💕