The Story of Hilda

The small pile of wet black fur trembled – the only sign of life that led the passing law enforcement officer on Camps Bay beach to investigate further.   The SPCA were called and arrived to find a young, female goat with a dagger lodged in her back, very close to the spine.  It had red cloth tied around the wooden handle and what appeared to be hair knotted into the fabric, suggesting the animal had escaped from a ritual slaughter.   The goat, which has been named Hilda, was found early on Sunday morning 23rd September 2018, the same time as the Spring Equinox.

Hilda was lodged between narrow rocks, trying to hide there, and had already lost a lot of blood. 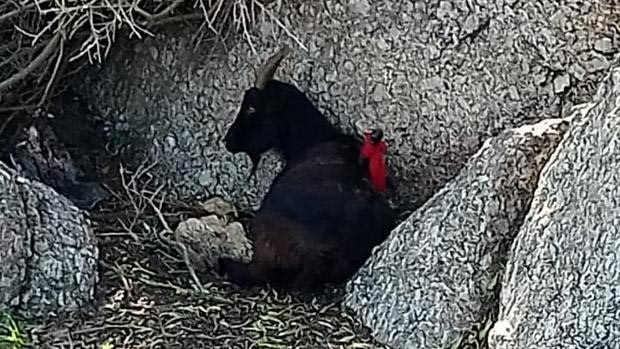 Hilda was taken to the SPCA hospital where the dagger was removed safely. 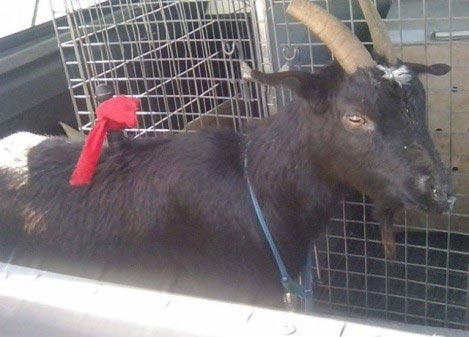 She recovered well from the operation and was placed in the farmyard at SPCA Grassy Park.  The news story of her escape and rescue was featured on many media and it was not long before it reached Greyton Farm Animal Sanctuary, at the time home to 80 pigs, 30 sheep and three goats, soon to be four.

Nicky Vernon, Founder of the Sanctuary, travelled to Cape Town to pick up Hilda and brought her to the sanctuary where she immediately settled in.  It was only hours before she was literally eating out of Nicky’s hand. 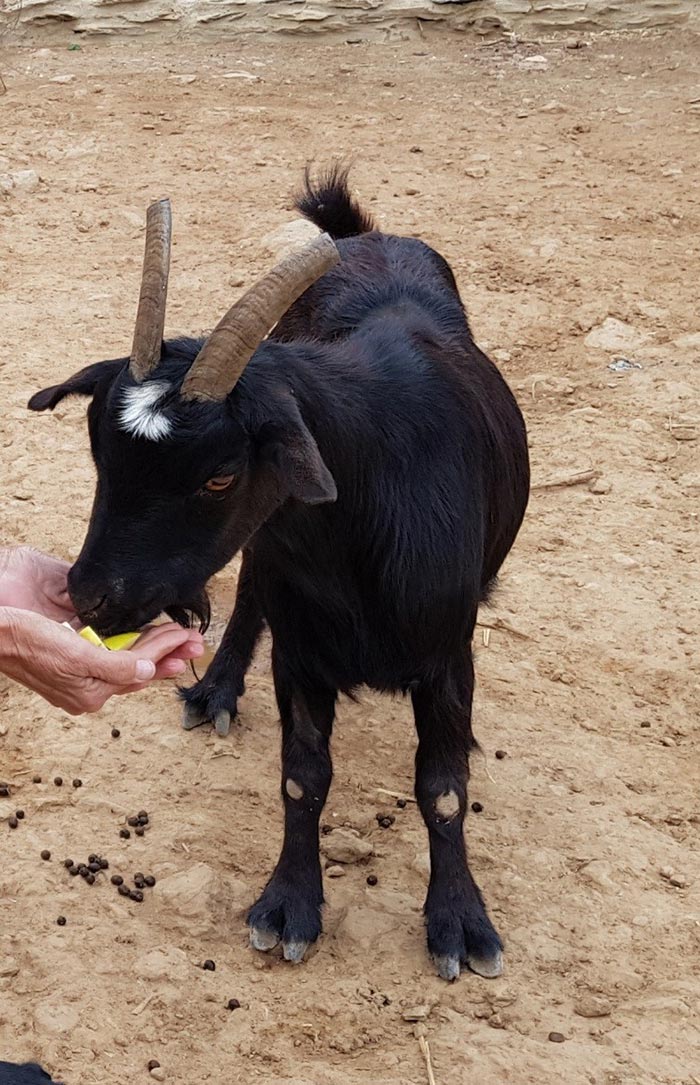 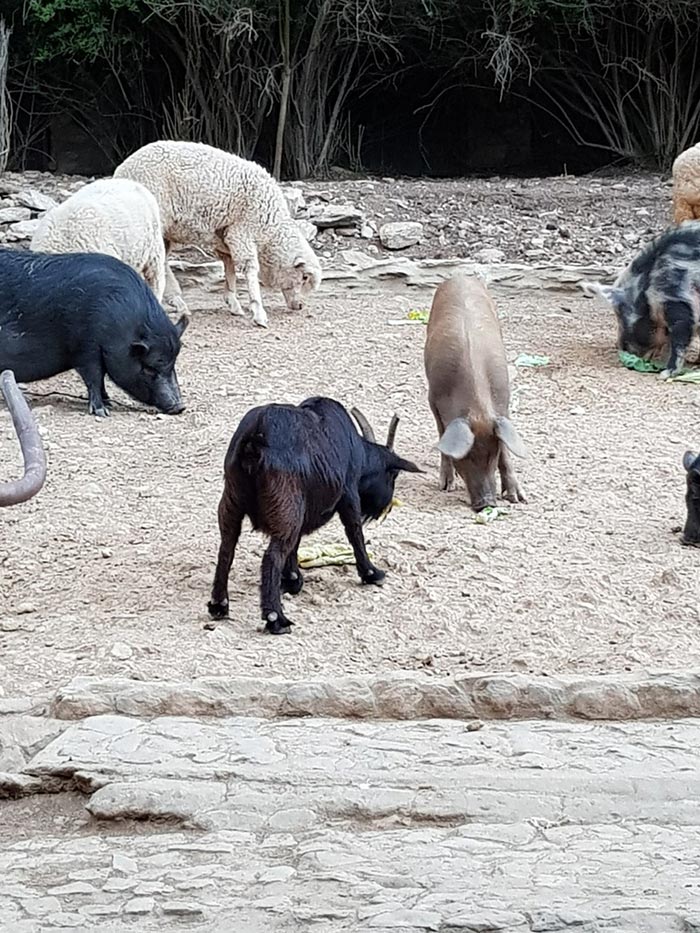 Her back has healed very well. 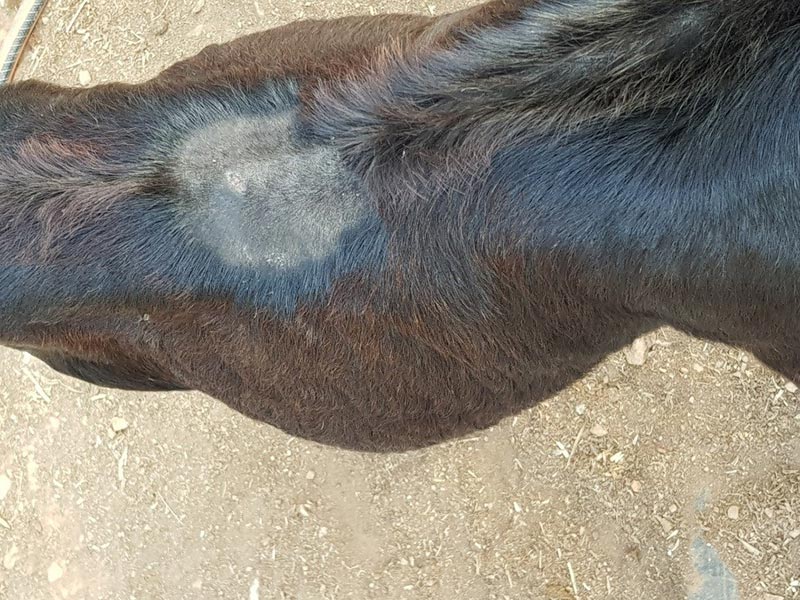 She is a great traveller, sharing space on the back seat with two piglets in the carrier to see the vet. 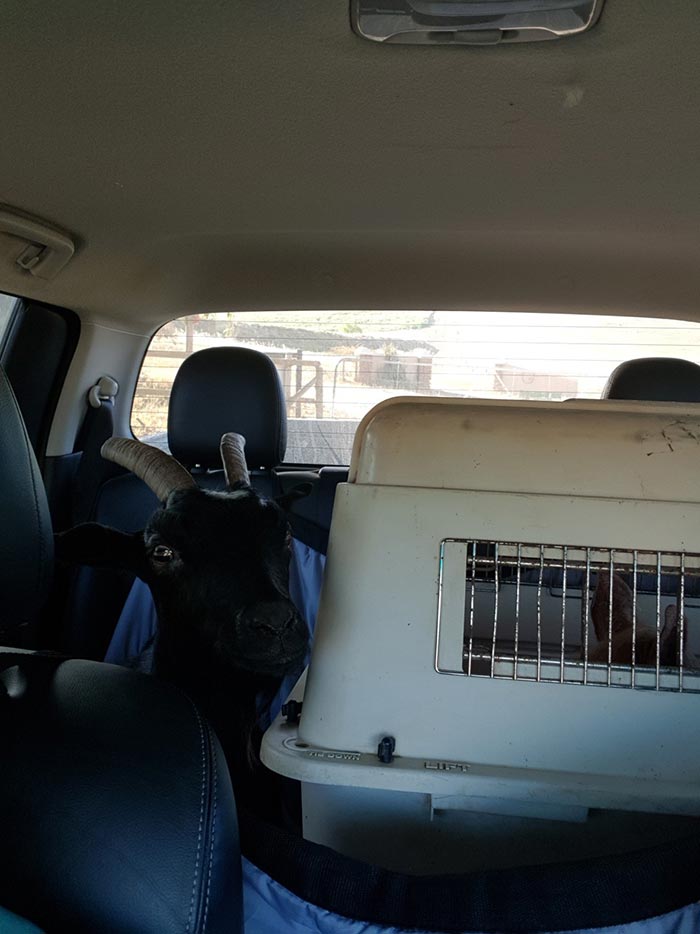 She has many hectares to roam in and now lives with full range of the entire farm as part of a flock of 46 sheep and goats. 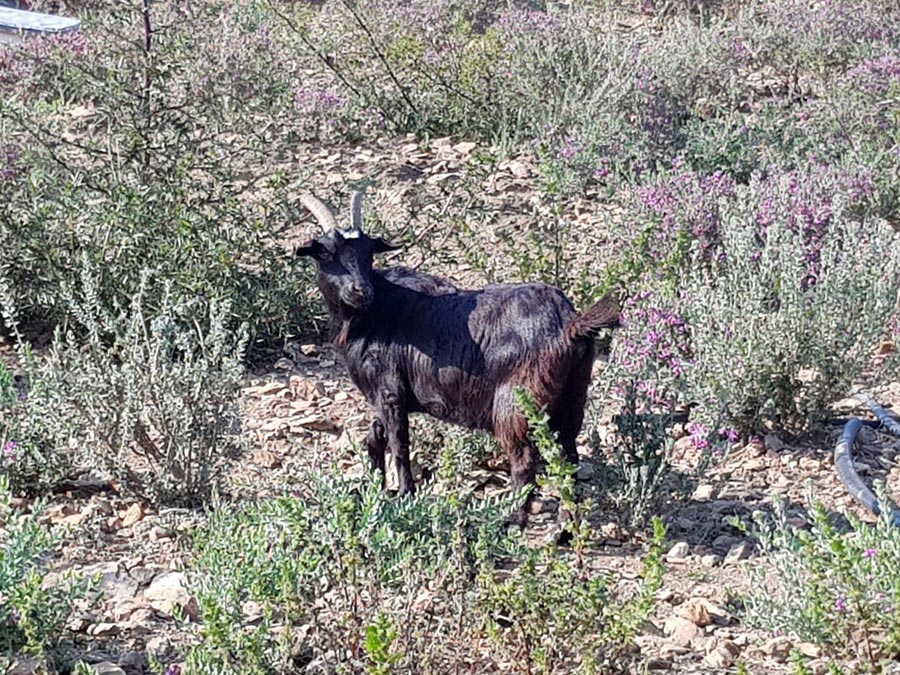 The future is bright for this clever girl who managed to escape from a terrible fate to a vegan farm where she will be loved and cared for, for the rest of her natural life. 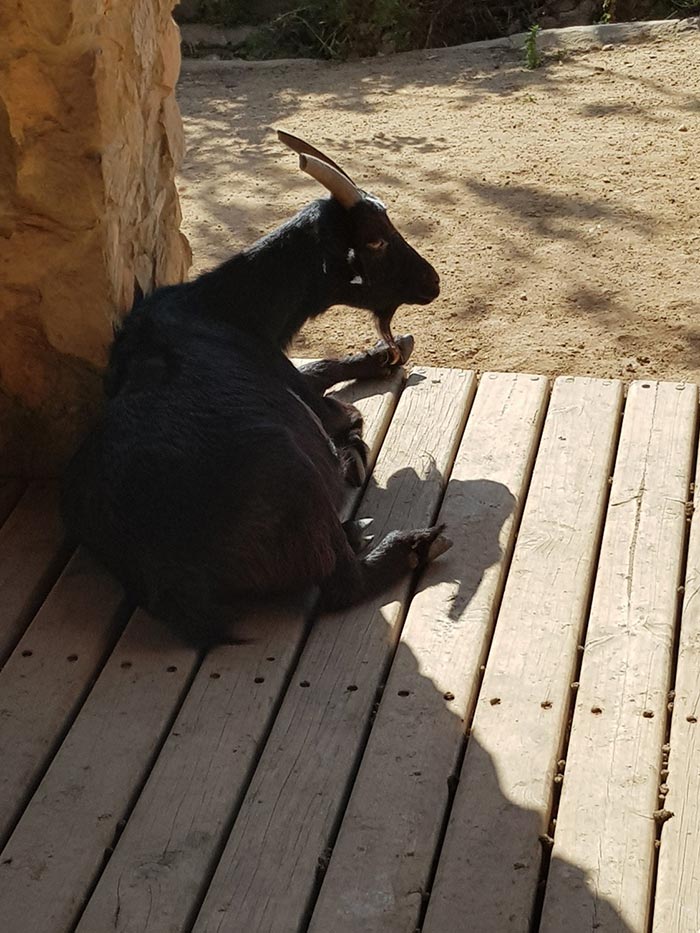 If you’d like to sponsor Hilda’s care or other animals in need please visit our Sponsor-a-farm-friend Programme or if you’d like to make a contribution to the sanctuary please head over to our Donate page.