On 8th August we received a frantic phone call from one or our sponsors and supporters.  A piglet had jumped off a lorry headed for the slaughterhouse and had landed on the N2.  He had been rescued and brought to a petting zoo where he had been kept for about three weeks.  He was not doing well, lying down all the time and quite depressed.  A farmer had offered to take him away to his commercial piggery to fatten him up a bit more for slaughter.  We had until 4 pm to get to the petting zoo to take the pig or he would be right back where he came from and his brave leap for freedom would have been in vain. 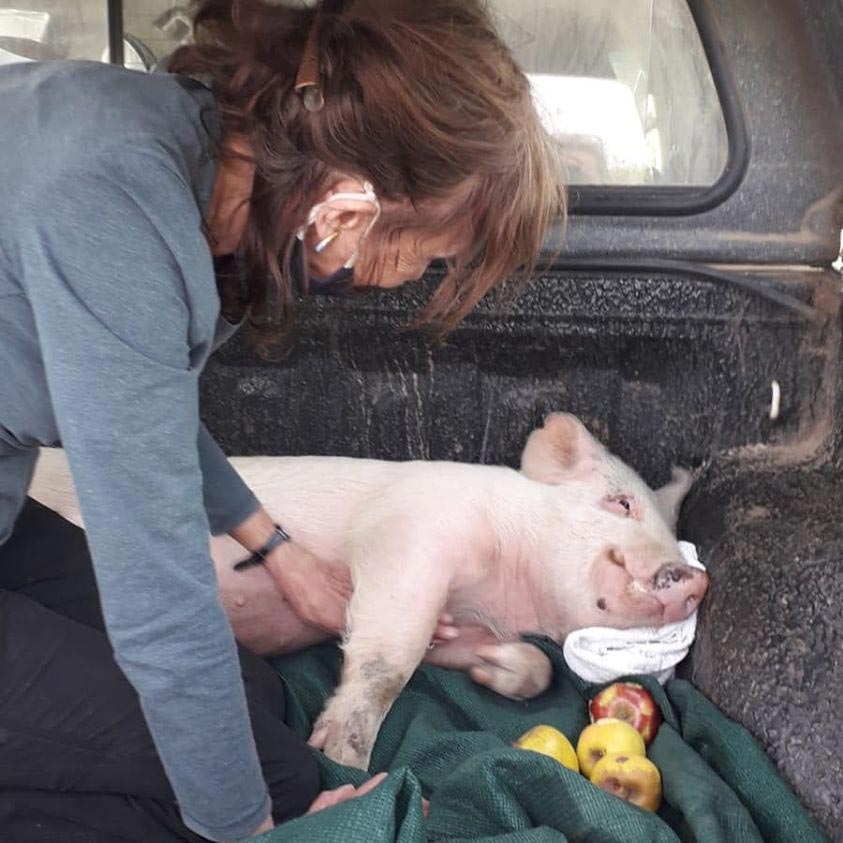 Our Founder, Nicky, drove at breakneck speed to get to the petting zoo on time and just made it with minutes to spare.  Wasting not a minute she swooped up the piglet and brought him to the sanctuary.   Amazingly, this little piggy who had been through so much, is gentle, sweet natured and very tame.  He bathed in the adoration and love showered upon him from the start and his spirits immediately lifted.  After he had been given a few days to settle in he was taken to the vet for xrays and also for sterilisation.  No damage had been done, surprisingly, other than a few torn muscles which are healing well.  We believe the noise and clamour of the petting zoo had caused his depression, and he was probably missing his friends. 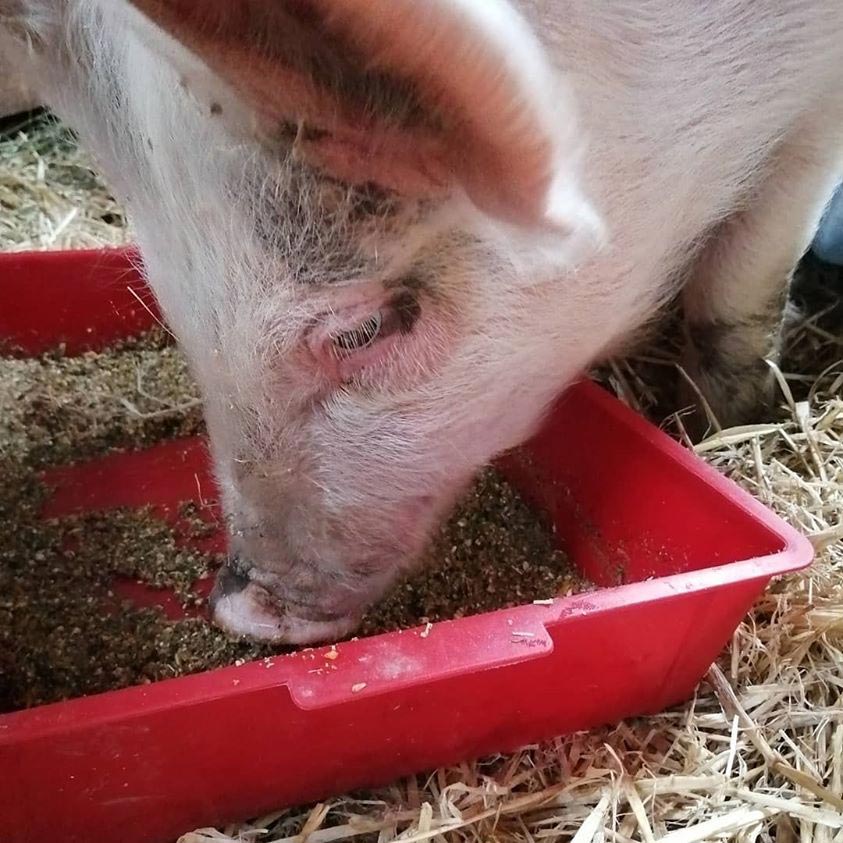 He’s now in a paddock with new friends, Magic, Percy and Ferguson, with space to wander around and wallow, rootle and do all the piggy things he couldn’t do in the commercial piggery we know he came from.  He must have been kept on concrete all his life because he was shiny white when he arrived – but not any longer now he’s been wallowing in mud!

We have called him Oink and he will, from now on, live a full, happy life at the sanctuary.  His courageous leap off that lorry will not be in vain.

If you’d like to sponsor Oink’s care or other animals in need please visit our Sponsor-a-farm-friend Programme or if you’d like to make a contribution to the sanctuary please head over to our Donate page.